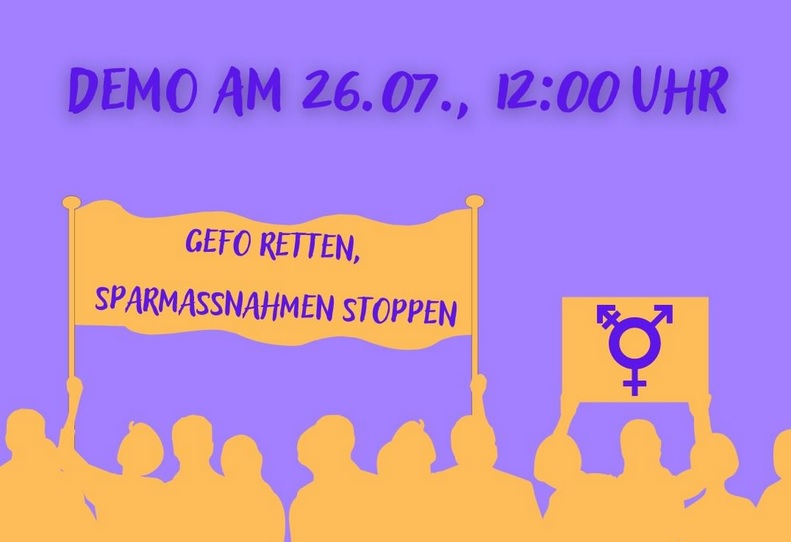 On July 26th 2022, students took to the streets for the preservation of the Gender Studies program at the University of Göttingen. We contributed a short speech, which you can read here:

We are Uni Göttingen Unbefristet, an initiative of employees of the University of Göttingen with the goal of a comprehensive and equality-oriented employment policies in science, technology and administration.
Why does the topic of gender studies concern us, as an alliance for permanent positions at the University of Göttingen?
First of all, because it is our colleagues who, like us, keep studies and teaching going with a lot of personal motivation and passion as well as countless unpaid overtime hours in mostly temporary positions.

But gender-based discrimination is also part of the reality of our lives within the structures of the university. Take, for example, the “Leacky Pipeline” in which more women are starting and completing degrees, but leadership positions in academia, as well as at the university in general, are still held primarily by men.
Patriarchal structures, competitiveness, abuse of power and even physical violence against women (as we have seen in various court cases against professors in Göttingen) are unfortunately part of the everyday life of university employees. This affects employees in science, technology and administration just as much as students. Student assistants and lecturers are also particularly vulnerable due to their status at the university and without elected representatives.

The university says it wants equality: by signing the Diversity Charter, by participating in the Female Professors Program and in each of its job advertisements. Jobs that are unfortunately far too often temporary. Almost 90% of the academic staff at Göttingen University outside the professorship is temporary, and still more than 25% of the staff in technology and administration. Women also often find themselves in forced part-time positions, but work 100% and more.
Equality work or other gender-related topics, such as the counseling of trans* students, are not provided with permanent tasks at the university, but are treated as “projects” or something that staff members could do on a “part-time” basis.

All this shows, only exemplarily at our university, that we are not yet finished with the topic of gender as the University of Göttingen and as a society. (pause)
It may be that the presidium does not perceive problems like racism and sexism, or does not want to perceive them. However, we stand firmly by your side, as we believe that there is still much to research and learn in this area.