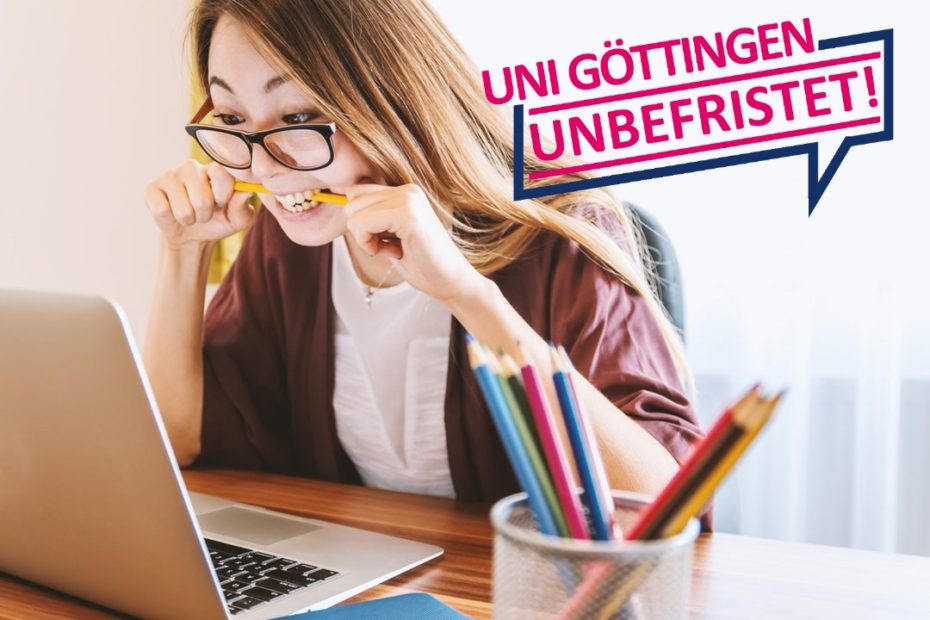 This is our speech we presented on March 2022 at the International Women’s Day 2022 in Göttingen (in German):

Uni Göttingen Unbefristet is an initiative of employees of the University of Göttingen with the goal of permanent contracts for employees in science, technology and administration. We would like to explain to you what the topic of temporary contracts has to do with gender equality:

In the structures of the university, problems in terms of equality are very noticeable. There is the “Leacky Pipeline”, where more women start and also finish their studies, but leading positions in science and the university are still mainly occupied by men. At our university patriarchal structures, competitive thinking, abuse of power up to physical violence against women (as we have to see in current court cases against professors in Göttingen) are unfortunately part of the everyday life of university employees. This affects employees in science, technology and administration just as much as students. Student assistants and lecturers are also particularly vulnerable due to their status at the university and without elected representatives.

The university says it wants equality: by signing the Diversity Charter, by participating in the Female Professors Program and in each of its job advertisements. Jobs that are unfortunately far too often temporary. Almost 90% of the academic staff at Göttingen University beyond the professorship is temporary and still more than 25% of the staff in technology and administration. Women will also find themselves too regularly in forced part-time employment, but work 100%.

Equality work at the university is also often not provided with permanent tasks. It is treated as a “project”, or something that female doctoral students could do “on the side” in addition to their “qualification”.

The anti-discrimination counseling and the trans* counseling for students are only 2 positions that have expired without replacement in recent years and were not worth it to the university to be extended even for a limited period of time. We protested against this together with the students.

Instead, the university’s largely honorary equal opportunity officers, including many in temporary employment, are now to take on these tasks, although they are not psychologically, legally or professionally qualified to do so. This must not be allowed!
Equality as an honorary position at the university is unfortunately another form of often female self-exploitation. We have other tasks (research, teaching, coordination of study programs and other advisory services) and often have far too little time for this on a half-time basis.

We demand permanent positions for permanent tasks, because temporary positions make it impossible for women to make self-determined decisions for the future, and gender equality work is a permanent task!

And we call on all colleagues who are here today: Organize! Join our initiative, join a union! We are many and can change something!