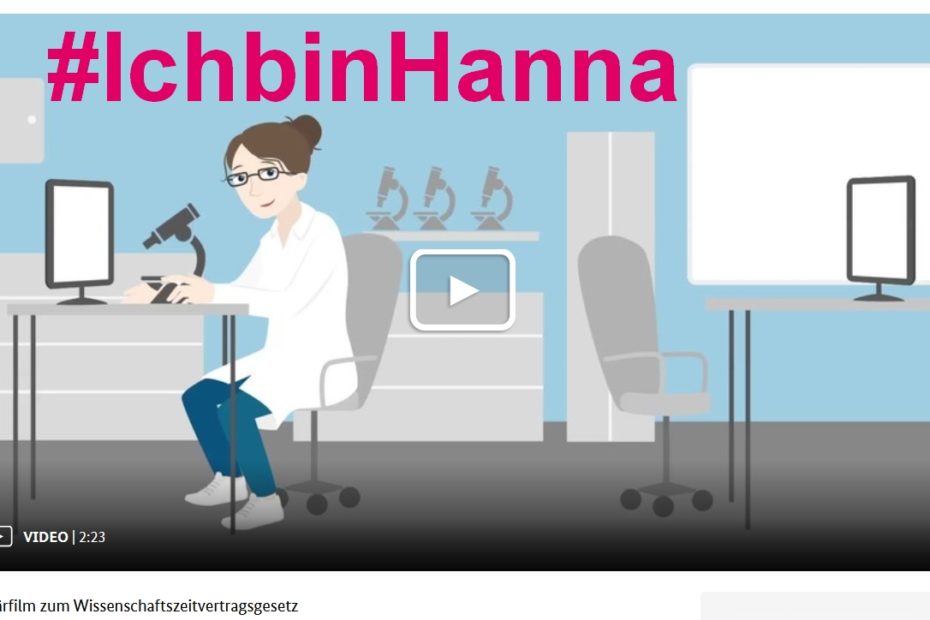 We also join the thousands of colleagues all over Germany who are reporting their experiences with fixed-term contracts in science under the #IchbinHanna (“I am Hanna”). The whole thing happened as a reaction to this explanatory video by the BMBF, which featured a fictional character named Hanna who works as a researcher on short term contracts.

Zeit, FAZ, Tagesspiegel, taz, ZDF and many other media reported on it. There are also English articles now.
Read more here (in German):